The popularity of Sandringham house and gardens has continued to expand since it opened to the public in 1977.   W.H.Colt Son & Company Limited were commissioned to supply and erect some new buildings (stables, gift shop and wet weather shelter) for the visitors’ centre that would sympathetically sit in amongst the woodlands.

On many occasions through the 1980’s Colts continued to carry out renovation to the earlier buildings and supplied other additional building that would see our company granted with Royal Approval. This lasted from 1984 To 1996.

1992 marked another important chapter in the Colt story. Together with the Sandringham estate’s architect, Mr Desmond Waite and W.H.Colt, large extensions to the gift shop, staff quarters and a 250 seat restaurant was designed and commissioned.

This work began in May 1992 and continued for 9 months.  With a small workforce of only four skilled men, the work carried out included erecting all the buildings and impressive roof structures, fitting the cedar vertical boarding and fixing the tens of thousands of cedar wood shakes.

A large mobile home was provided for the work team to stay in as the trip back to Kent was too far to travel; this meant long hours could be achieved and most often under flood lights!

1993 saw the opening of the new visitors’ centre and officially opened by Her Majesty Queen Elizabeth.  Principal members of staff from each contracting company was invited to the opening and this included two managers from Colts. 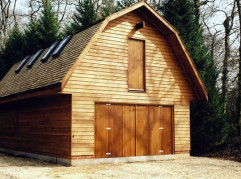 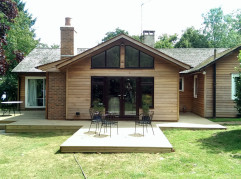 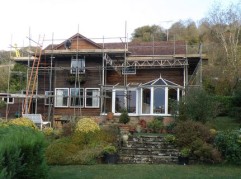 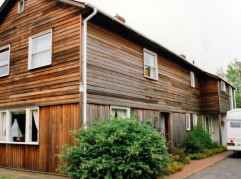 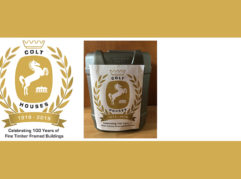